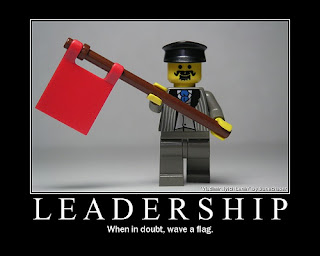 Last year I participated in Scott Mcleod’s Leadership Day project with an overview of the NETS for Administrators that I felt were most important and a video of some of my campers talking about technology in their inner city schools.

I thought about this while reading Jon Becker’s Leadership Day post.  In his post he lists award winners in various education organizations. These are highly regarded thinkers in education who have a lot of influence on policy and practice. Powerful thinkers that I had never heard of.
He called on these organizations and individuals to step up their game by becoming more transparent about what they do and say through social media like blogs. I would say that we who consider ourselves leaders or aspire to be education leaders who are ‘in the trenches’ need to do the same. How many of the people on that list know the people I consider leaders?

Social media has connected me with educators all over the globe as well as thinkers and doers like Alfie Kohn, Howard Rheingold and Diane Ravitch. Granted, there are those that would argue that these are famous names, but not great thinkers in education.  However, they are famous and respected by many.  So it seems the logical next step is for these award winning thinkers to join the online community. We want our president to be transparent. We rally for more a more open government. Why are we not rallying for a more open conversation between the educational thinkers, the doers, the leaders, the people in the trenches, the parents, the students, the teachers?

The challenge may fall back to  the old ‘us vs. them’ situation. But isn’t that why we love social media so much? It tends to tear down those titles and walls, allowing for a free flow of ideas. I can tweet Barack Obama (though Lord knows who’s reading it!) Earlier in the year my friends were debating back and forth with Governor Chris Christie on Twitter about the education reforms he was pushing in New Jersey (again, who knows who they were really tweeting with!).  Let’s bring more people into the conversation.

As Jon suggests, look up some of the thinkers on that list. Start blogging about what you find or read. Start talking about their ideas in the context of what you do on a daily basis. “The squeaky wheel gets the grease” as they say. People are always interested when they are being talked about!

“But who cares what I have to say? I’m not a true Leader in education,” you say?

If you are a teacher who finds that others tend to listen to you when you speak, you are a Leader. If you are an administrator who works alongside his or her staff and has a true vision for your school, you are a Leader.  Bring attention to what you are doing in your school, your classroom or your district through blogs, videos, press and even direct contact. Make it so that the people on Jon’s lists know who you are just like you know who they are.  As Leaders in your respective worlds, you are doing a disservice to your individual causes by not connecting your two worlds.