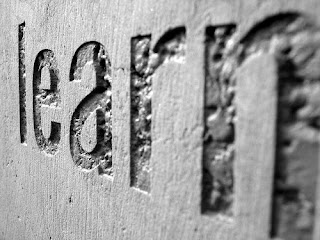 Maybe it’s because it’s summertime or maybe it’s the general atmosphere of education these days, but the online education community has been a flutter with talk of what needs to change in education.

What I’m wondering is how much of this is new or different than years past. I am fairly young, so my memory is short in comparison with those who have been teaching longer than I have. In a conversation with my mother the other day she mentioned that many of the changes to education that I was mentioning mirror the attitudes and reforms of the late 1960’s and 70’s.

Honestly, my one course in the history of schools and schooling didn’t really do the whole picture justice, so my own understanding of trends in education is limited. However, it is becoming clear to me that what many great minds in 21st Century education transformation are discussing is nothing new. John Dewey wrote about learning as a social process at the turn of the century just as we tout the power of social media to change education as we know it. Jean Piaget and Lev Vygotsky‘s theories along with Dewey’s are credited with inspiring the Constructivist learning theory that describes knowledge as being constructed by the learner.  This theory is behind many 1:1 laptop programs that support individualized learning. In addition, Howard Gardner‘s Theory of Multiple Intelligences, proposed in the last century, is often referenced when discussing how digital tools of this century can support and transform student learning.

So what really is new in education for this century?

Is the issue really that even with all of these supported theories and innovative thinking that schools have not changed to reflect these theories? Or is the issue that educators are revolting against the No Child Left Behind Act and the widespread standardized testing that goes against these theories? Or is it the recent Race to the Top initiative that bears a close resemblance to the changes proposed by the A Nation of Risk study from the early 1980s?

I believe we live in a time like no other history. I believe that education has to evolve to meet the challenges of this world. However, I wonder how much of what we do fundamentally as educators really needs to change. It seems that we still quote theorists of old when we talk about teaching in the 21st Century.

So what can we learn from the past? Are we taking the time to look back at what others have accomplished or the struggles and challenges they encountered or are we too focused on the future?  I think we should not have the misconception that the changes that we discuss and the ideas we have are necessarily new.  The tools, yes, but not the underlying theories and pedagogy.  I am intrigued by this paper I came across describing the “social- and cognitive-connectedness schemata” as a way to describe what learning looks like in the 21st Century.

I think it is undeniable that technology has changed the way we think and process information. I am looking forward to reading The Shallows: What the Internet is Doing to our Brains by Nicholas Carr for that reason.

Perhaps nothing is really new in education when it comes to theories because we are, for lack of a better term, at a tipping point in education. We know that we are cognitively being changed by the digital tools in our lives, but how we are changing is not quite certain yet. It may take a whole century for these changes to deeply affect how we teach and how we learn, or they may not change anything at all.  At this point in time I would argue that we don’t need to reinvent the wheel when it comes to what we do in our classrooms. I would also argue that the advent of digital tools have helped support the theories of the last century.

What are your thoughts?