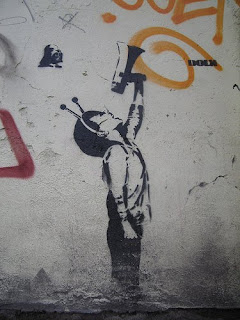 Tonight’s #edchat conversation both invigorated me and irritated me at the same time. Don’t get me wrong, it had nothing to do with #edchat itself, but rather the topic. We have talked ad nauseam about reforming education. We have hashed out what needs to be done, what education should look like and why it’s important that we DO something.

As I was watching the tweets go by I began to think: we have a huge community that participates in #edchat. A huge community of taxpayers, parents, community members and educators.

To really move our words into action we need to start with those who make policy–our legislators.

I have drafted an open letter to a legislator that can be edited to fit the needs of any local community. The letter could also be adjusted to be sent to President Obama or Secretary Duncan.

The idea is to use the Google Doc to collect signatures. The understanding would be that once the letter’s body has been agreed upon it would not be changed,  but people could add their name at the end of the letter.

The letter can be passed around using Twitter, Facebook, email or any other digital method until the desired amount of signatures is acquired. The letter can then be downloaded as a Word document and forwarded to the legislator. I’m hoping to get 200 signatures of parents, teachers, admins and other community members once a version of the letter has been refined for my local community.  It is vital that all stakeholders are represented in the digital signatures!

Copy the letter to your own Google Doc and get the message moving!

Of course, I don’t claim that this letter is perfect or speaks for everyone. It is a template to start from.

I’m hoping to get at least 25 people to commit to starting the initiative.

If you are going to participate, please fill out this Google Spreadsheet so we can track our progress and our reach.

Thanks and keep fighting the good fight!

For more information on how to find your local legislators:

9 Thoughts on “Turning Words into Action: Part 2–Be Heard”