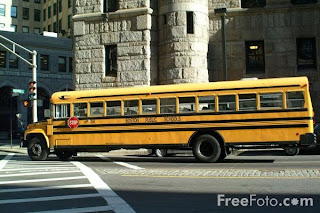 Recently, with all of this change coming to Philadelphia schools, in conversation with fellow educators at the Educon conference and some engaging conversation on Twitter and Google Buzz I’ve been thinking about what a good model of school reform would look like.

Many of my colleagues and I agree that expanding the Charter School model would not help, but rather hurt our local school system here in Philadelphia. Charter Schools are like a ‘brain drain’ from the neighborhood schools. They also have the ability to sift out families and students who don’t ‘buy in’ to their philosophy or structure. Which leaves the hardest to teach, most struggling students and families left in the neighborhood schools, which often don’t have the resources to serve such a population.

The new Renaissance School movement in Philadelphia and elsewhere (sometimes by a different name) through which chronically failing schools are closed and reopened under new (sometimes private) management will not fix the problem of failing schools. It is, as they say, a “Band-Aid” solution. The model chosen to take over the school may completely turn the school around, but if it is a Charter model, what happens in the likely occasion that many families are disengaged with their child’s education? Will they be forced out? Where will they go? Back to the neighborhood school. 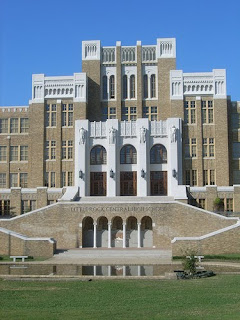 What I don’t think has been part of the discussion is the structure of the neighborhood school that sets it up to fail.  In Philadelphia, you are required to attend the school that is assigned to your geographic location.  In general, poor neighborhoods are plagued with the typical issues that poverty brings about: broken family units, joblessness, poor health, low levels of literacy and education, violence, drugs as well as parents who work more than one job to support their family.  When a school serves such a community, it has much greater hurdles to surpass than the neighborhood school in a ‘working class’ or affluent neighborhood. I understand I am talking completely in stereotypes and it may be offensive to some of you reading this, but I am speaking from experience.  When I am in a room with Philadelphia teachers from all over the city, I can predict what someone’s daily experience is like just from the part of the city they teach in.  It is a well known fact that the neighborhood you teach in has a direct affect on how involved your parents will be in their child’s education, how many of your students will be suffering from abuse, PTSD, come from foster homes or require special attention due to anger issues or severe learning gaps.

Charter schools break this model by pulling from different parts of the city.  A Charter school taking over a failing school cannot do this due to a stipulation in their takeover contract that they must take over the school and all of its current students according to school boundaries.  I am very curious to see how this stipulation will affect the effectiveness of the model.  I believe that it’s this diversity of student body that helps these kinds of schools succeed (along with their autonomy in school management). When a school pulls from all over the city, its students are exposed to children who don’t look like them, who have different views of the world or even children who come from across the city but share a similar life experience.  In addition, there is less stress on the school’s resources when the student body is more diverse.

I’ve been pondering all this and remembered reading about districts who still bus their students in accordance with Brown vs. Board of Education to desegregate their schools.  The model I read about gave every student entering Kindergarten a chance to choose the school they attended through a lottery system.  Each student provided their top 5 choices of schools to attend, which could include the school closest to their house.  The assignments were given based on available openings and lottery.  The district provided busing for all students, much like how Charters provide busing to their students who come from other parts of the city.

This model would have to be different from the forced busing of the past with the purpose of keeping schools racially balanced.  In the model I am envisioning, students can put the school right down the street as their #1 choice, and students would be allowed entry into the school of their choice based on available openings with no preference for race, academic achievement or socioeconomic status.

Could this ever work in Philadelphia? It would require a huge shift in policy–the end of the boundary system, parent outreach to explain the new system (which wouldn’t be much different from the current system in place that helps parents choose a Charter school for their child), and a plan for how to allocate services to schools, which could be based on the current model that determines the number of Special Education teachers, counselors and support staff.  Even the student ID numbers wouldn’t have to change, or school location numbers.

Ok, ok, I’ll step off my cloud now and come back to Earth.

If you have experienced busing or have an opinion about it, I would love to hear it. Please leave a comment!

For more on the busing debate:
American Law and Legal Library
E-notes.com-Everyday Law Encyclopedia
StateMaster.com-Forced Busing
Inauguration, Racism and Segregation <—one of my previous posts on the topic

7 Thoughts on “A New Model for School Reform: Could it Work?”